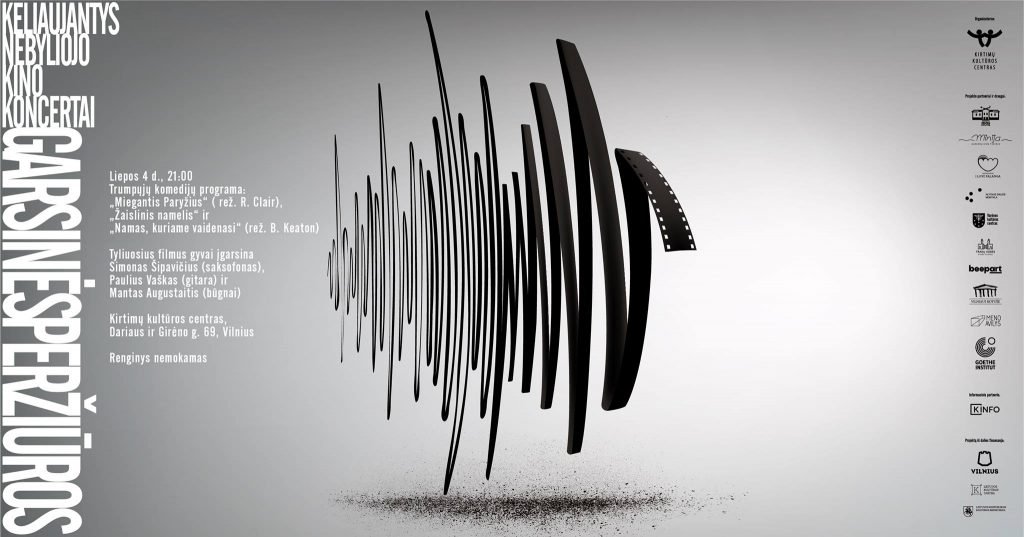 Silent film screening sessions “Garsinės peržiūros” is a live dialogue between improvised music and silent movies, traveling through Lithuania. “Garsinės peržiūros” aims to introduce the audience to the evolution of cinema and to actualize the rich heritage of the silent film era by presenting the movies to the modern audience in an interdisciplinary, more appealing way.

The average viewer of the modern era is not accustomed to viewing silent films anymore, they are considered to be boring, dated, therefore attention has been shifted to silent film audio tracks, performed by experimental jazz musicians Simonas Šipavičius (saxophone), Paulius Vaškas (guitar) and Mantas Augustinaitis (percussion). These performances don’t aim to replicate the silent film screening experience of the early 20th century but to provide a new interpretation by reforming the relation between the film and the soundtrack, new sound environment causing the viewer to experience the old cinema in a new way through creative listening.